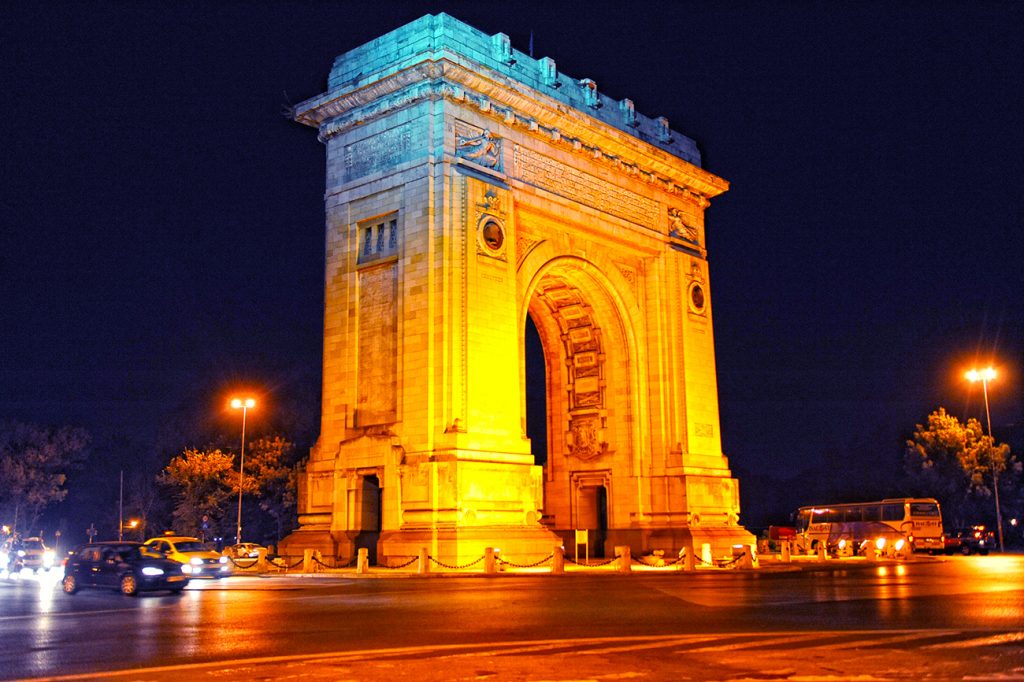 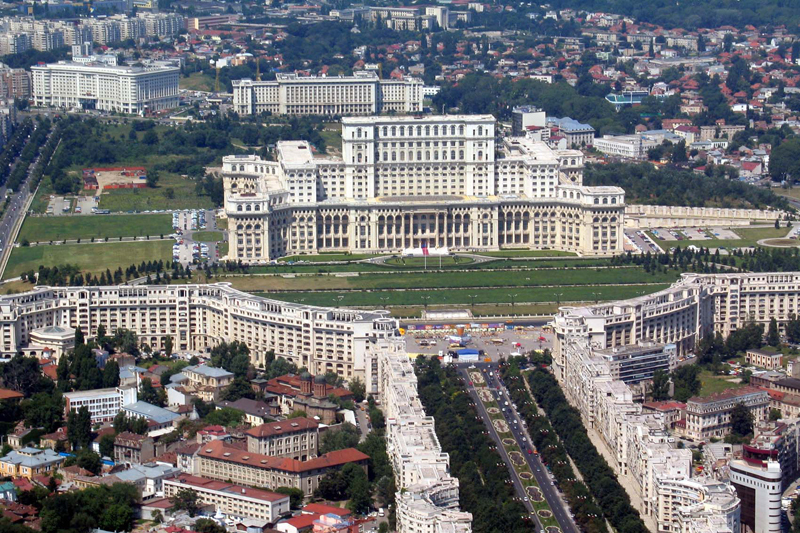 Bucharest is vibrant, exciting, and full of beautiful contrasts.

Known for its wide, tree-lined boulevards, glorious Belle Époque buildings and a reputation for the high life (which in the 1900s earned its nickname of „Little Paris”), Bucharest, Romania’s largest city and capital, is today a bustling metropolis.

Romanian legend has it that the city of Bucharest was founded on the banks of the Dambovita River by a shepherd named Bucur, whose name literarily means „joy.” His flute playing reportedly dazzled the people and his hearty wine from nearby vineyards endeared him to the local traders, who gave his name to the place.

Remodeled in the late 19th century by French and French-trained architects, the city features large neoclassical buildings, fashionable parks, and even its very own Arc de Triomphe on the elegant Soseaua Kiseleff, an avenue longer than the famed Champs-Elysees and home to the city’s mansion district.

Built by Communist Party leader, Nicolae Ceausescu, the colossal Parliament Palace (formerly known as the People’s Palace) is the second largest administrative building in the world after the Pentagon. It took 20,000 workers and 700 architects to build. The palace boasts 12 stories, 1,100 rooms, a 328-ft-long lobby and four underground levels, including an enormous nuclear bunker.

When construction started in 1984, the dictator intended it to be the headquarters of his government. Today, it houses Romania’s Parliament and serves as an international conference centre. Built and furnished exclusively with Romanian materials, the building reflects the work of the country’s best artisans. A guided tour takes visitors through a small section of dazzling rooms, huge halls and quarters used by the Senate (when not in session). The interior is a luxurious display of crystal chandeliers, mosaics, oak paneling, marble, gold leaf, stained-glass windows and floors covered in rich carpets.

– It is the world’s second-largest office building in surface (after the Pentagon) and the third largest in volume (after Cape Canaveral in the U.S. and the Great Pyramid in Egypt)

– Some of the chandeliers have as many as 7,000 light bulbs

The Village Museum, founded by royal decree in 1936, this fascinating outdoor museum, the largest in Europe, covers some 30 acres on the shores of Lake Herastrau in Herestrau Park. It features a collection of 50 buildings representing the history and design of Romania’s rural architecture. Steep-roofed peasant homes, thatched barns, log cabins, churches and watermills from all regions of the country were carefully taken apart, shipped to the museum and rebuilt in order to recreate the village setting. Throughout the year, the Village Museum hosts special events where you will have a chance to witness folk artisans demonstrating traditional skills in weaving, pottery and other crafts. Folk arts and crafts are available at the museum gift shop.

Located next to the Royal Palace, the concave-roof structure was built in 1960 to accommodate the 3,000 Communist party members who every five years attended the communist party congress. It was on this stage that Nicolae Ceausescu would deliver his vision of a multilaterally developed socialist society. Today, the massive auditorium plays host to various conferences and events, including some of the George Enescu International Festival concerts.

House of the Free Press

An impressive edifice standing in the northern part of the city, since 1956, Casa Scanteii (as it is still universally known) was designed by architect Horia Maicu. The building is a smaller replica of the Lomonosov University in Moskow – Russia (inaugurated in 1953).
Between 1956 and 1989, the House of the Free Press housed almost all of Romania’s capital printing presses and headquarters of print media companies. Today, Casa Presei Libere carries out much the same function but the southern wing is now the home of the Bucharest Stock Exchange.

The Arch of Triumph

Initially built of wood in 1878 to honor the Romanian soldiers who won the Independence War, Bucharest’s Arch of Triumph was rebuit in 1922 and redecoreted in 1936 with base reliefs carved in granite brought from Deva (Transylvania).
Designed by the architect, Petre Antonescu, the Arch stands 89 feet high.
An interior staircase allows visitors to climb to the top for a panoramic view of the city.
The sculptures decorating the structure were created by leading Romanian artists, including Ion Jalea, Constantin Medrea and Constantin Baraschi. 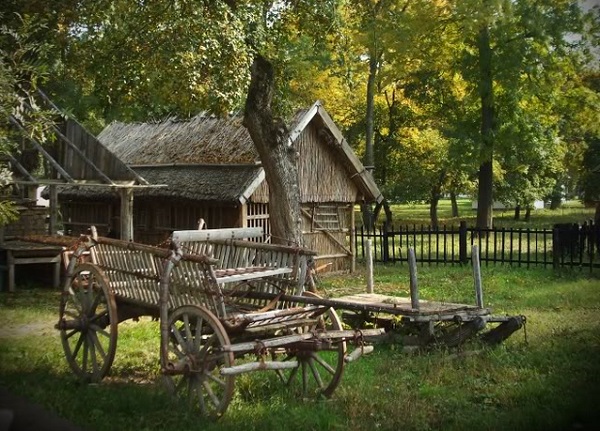 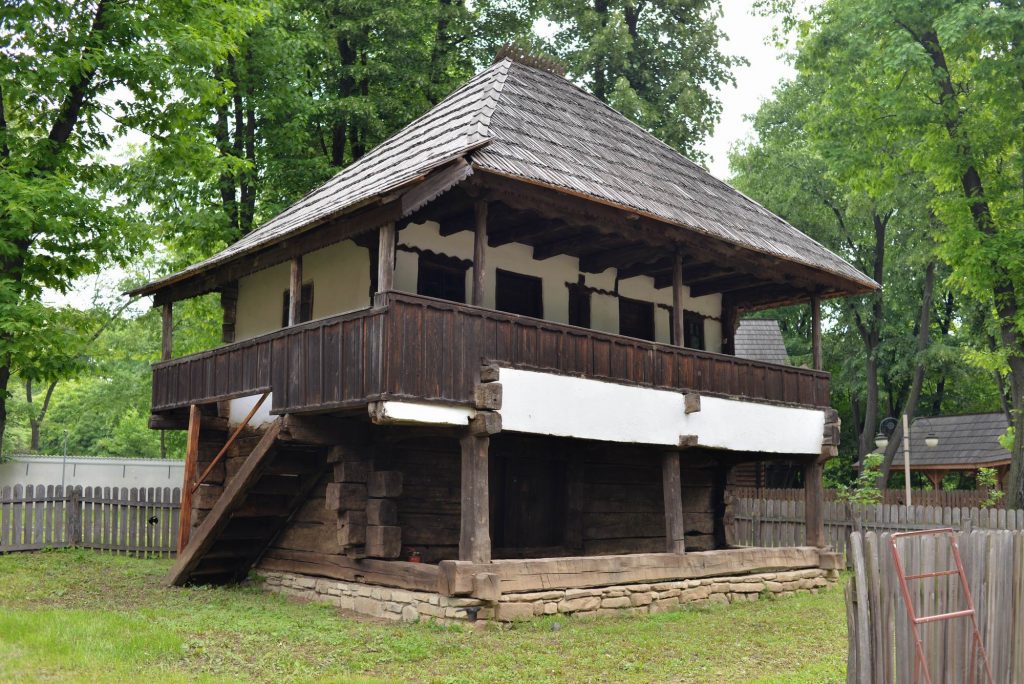 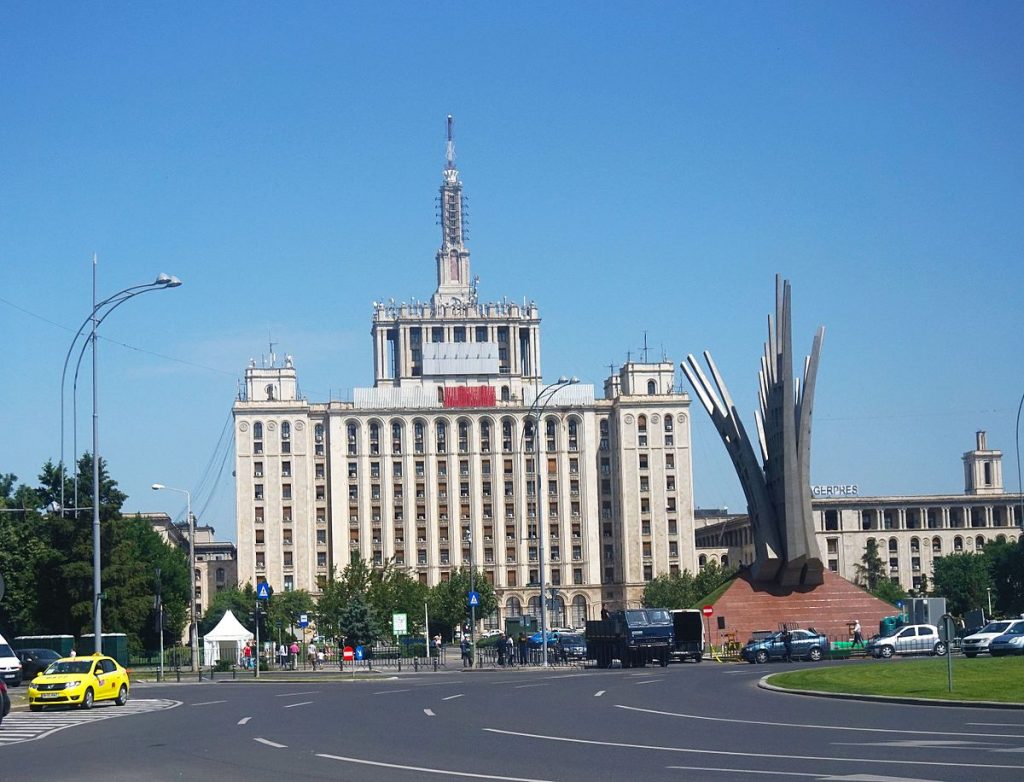 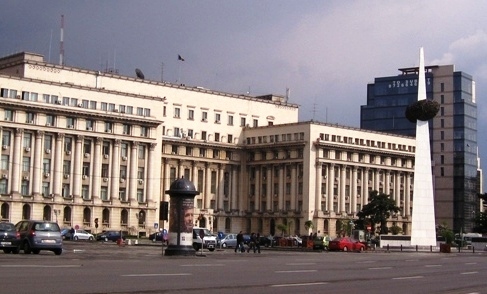 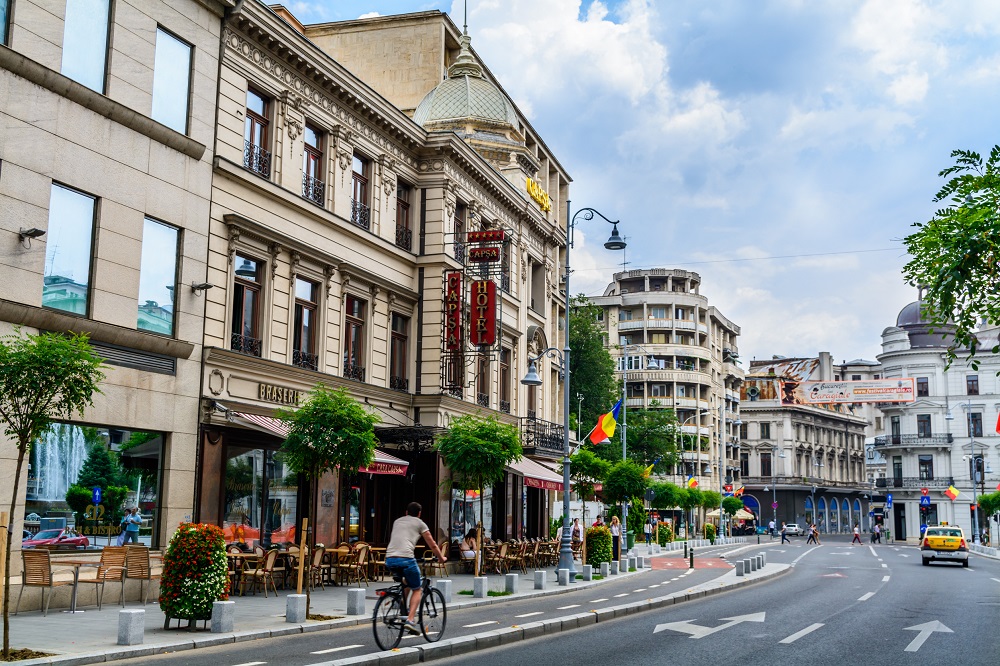 Calea Victoriei is Bucharest’s oldest and arguably, most charming street.
Designed in 1692 to connect the Old Princely Court to Mogosoaia Palace, the street (initially named Podul Mogoșoaiei) was originally paved with oak beams. The street became Calea Victoriei in 1878, after the Romanian War of Independence victory. Between the two world wars, Calea Victoriei developed into one of the most fashionable streets in the city.

Stroll along this street from Piata Victoriei to Piata Natiunilor Unite to discover some of the most stunning buildings in the city, including the Cantacuzino Palace, the Revolution Square, the Military Club,
National Savings Bank Palace and the National History Museum.

The square gained worldwide notoriety when TV stations around the globe broadcasted Nicolae Ceausescu’s final moments in power on December 21, 1989. It was here, at the balcony of the former Communist Party Headquarters, that Ceausescu stared in disbelief as the people gathered in the square below turned on him. He fled the angry crowd in his white helicopter, only to be captured outside of the city a few hours later.

The square’s importance stretches back long before the dramatic events of the 1989 Revolution. On the far side of the square stands the former Royal Palace, now home to the National Art Museum, the stunning Romanian Athenaeum and the historic Athenee Palace Hotel. At the south end of the square, you can visit the small, but beautiful, Kretzulescu Church.